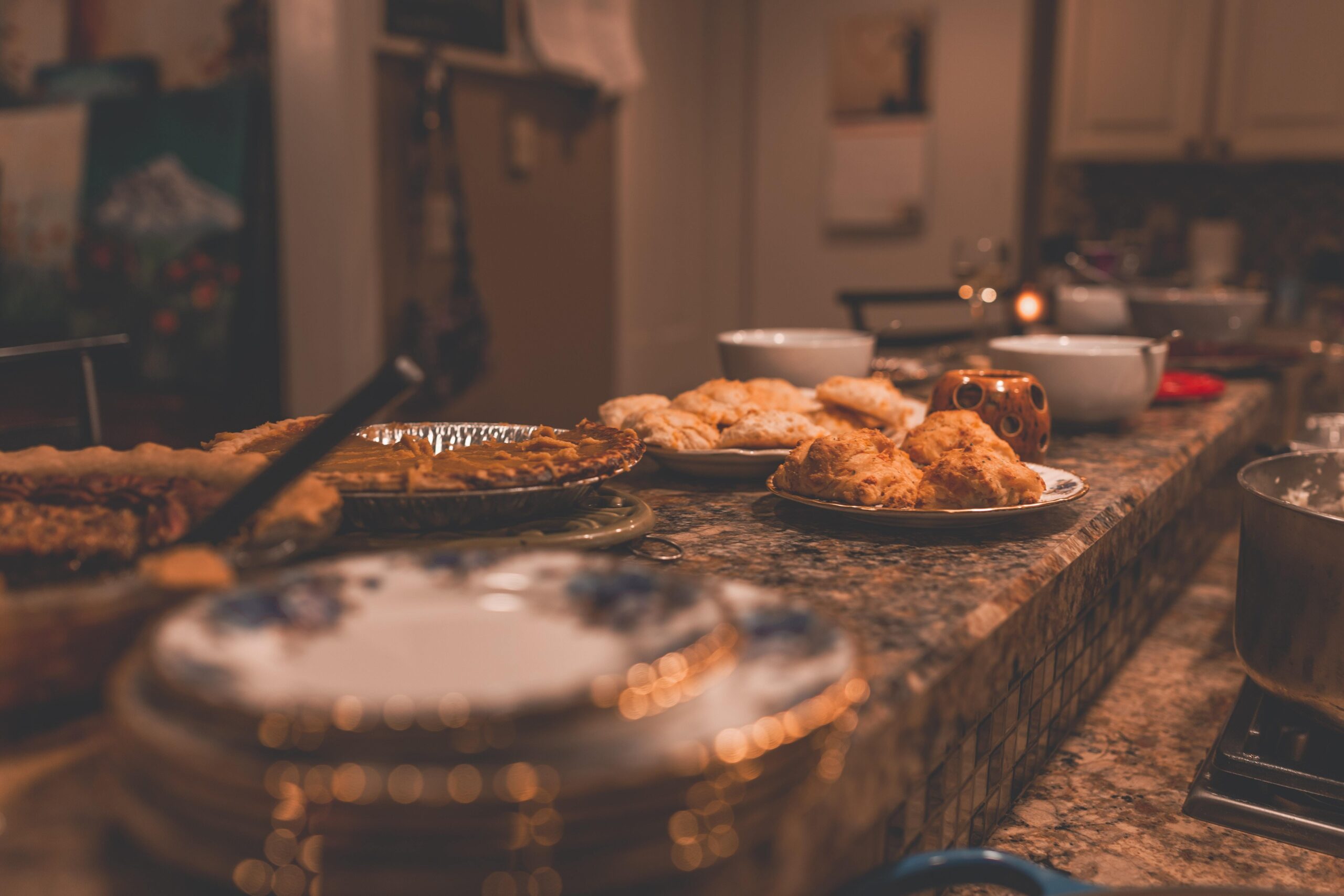 An Eye Witness to the First Thanksgiving

This is said to be the only eye witness account of the first harvest feast in the New World that we associate with Thanksgiving. It is taken from a letter written December 11, 1621 by Edward Winslow, one of the leaders of the Plymouth settlement in “New England”.

This is the shortened version lifted from the letter by the Smithsonian:

“Our harvest being gotten in, our governor sent four men on fowling, that so we might after a special manner rejoice together, after we had gathered the fruits of our labors; they four in one day killed as much fowl, as with a little help beside, served the Company almost a week, at which time amongst other Recreations, we exercised our Arms, many of the Indians coming amongst us, and amongst the rest their greatest king Massasoit, with some ninety men, whom for three days we entertained and feasted, and they went out and killed five Deer, which they brought to the Plantation and bestowed on our Governor, and upon the Captain and others. And although it be not always so plentiful, as it was at this time with us, yet by the goodness of God, we are so far from want, that we often wish you partakers of our plenty.”

Here is the letter in full (and yes, their approach to paragraphs were a bit different then than now):

Loving, and old Friend; although I received no letter from you by this ship, yet forasmuch as I know you expect the performance of my promise, which was, to write unto you truly and faithfully of all things.  I have therefore at this time sent unto you accordingly.  Referring you for further satisfaction to our more large relations.  You shall understand, that in this little time, that a few of us have been here, we have built seven dwelling-houses, and four for the use of the plantation, and have made preparation for divers others.  We set the last spring some twenty acres of Indian corn, and sowed some six acres of barley and peas, and according to the manner of the Indians, we manured our ground with herrings or rather shads, which we have in great abundance, and take with great ease at our doors.  Our corn did prove well, and God be praised, we had a good increase of Indian corn, and our barley indifferent good, but our peas not worth the gathering, for we feared they were too late sown, they came up very well, and blossomed, but the sun parched them in the blossom; our harvest being gotten in, our governor sent four men on fowling, that so we might after a more special manner rejoice together, after we had gathered the fruit of our labors; they four in one day killed as much fowl, as with a little help beside, served the company almost a week, at which time amongst other recreations, we exercised our arms, many of the Indians coming amongst us, and among the rest their greatest King Massasoit, with some ninety men, whom for three days we entertained and feasted, and they went out and killed five deer, which they brought to the plantation and bestowed on our governor, and upon the captain, and others.  And although it be not always so plentiful, as it was at this time with us, yet by the goodness of God, we are so far from want, that we often wish you partakers of our plenty. We have found the Indians very faithful in their covenant of peace with us; very loving and ready to pleasure us: we often go to them, and they come to us; some of us have been fifty miles by land in the country with them; the occasions and relations whereof you shall understand by our general and more full declaration of such things as are worth the noting, yea, it hath pleased God so to possess the Indians with a fear of us, and love unto us, that not only the greatest king amongst them called Massasoit, but also all the princes and peoples round about us, have either made suit unto us, or been glad of any occasion to make peace with us, so that seven of them at once have sent their messengers to us to that end, yea, an Fle at sea, which we never saw hath also together with the former yielded willingly to be under the protection, and subjects to our sovereign Lord King James, so that there is now great peace amongst the Indians themselves, which was not formerly, neither would have been but for us; and we for our parts walk as peaceably and safely in the wood, as in the highways in England, we entertain them familiarly in our houses, and they as friendly bestowing their venison on us.  They are a people without any religion, or knowledge of any God, yet very trusty, quick of apprehension, ripe-witted, just, the men and women go naked, only a skin about their middles; for the temper of the air, here it agreeth well with that in England, and if there be any difference at all, this is somewhat hotter in summer, some think it to be colder in winter, but I cannot out of experience so say; the air is very clear and not foggy, as hath been reported.  I never in my life remember a more seasonable year, than we have here enjoyed: and if we have once but kine, horses, and sheep, I make no question, but men might live as contented here as in any part of the world.  For fish and fowl, we have great abundance, fresh cod in the summer is but coarse meat with us, our bay is full of lobsters all the summer, and affordeth variety of other fish; in September we can take a hogshead of eels in a night, with small labor, and can dig them out of their beds, all the winter we have mussels and othus at our doors: oysters we have none near, but we can have them brought by the Indians when we will; all the springtime the earth sendeth forth naturally very good sallet herbs: here are grapes, white and red, and very sweet and strong also.  Strawberries, gooseberries, raspas, etc.  Plums of three sorts, with black and red, being almost as good as a damson: abundance of roses, white, red, and damask: single, but very sweet indeed; the country wanteth only industrious men to employ, for it would grieve your hearts (if as I) you had seen so many miles together by goodly rivers uninhabited, and withal to consider those parts of the world wherein you live, to be even greatly burdened with abundance of people.  These things I thought good to let you understand, being the truth of things as near as I could experimentally take knowledge of, and that you might on our behalf give God thanks who hath dealt so favorably with us.

Our supply of men from you came the ninth of November 1621, putting in at Cape Cod, some eight or ten leagues from us, the Indians that dwell thereabout were they who were owners of the corn which we found in caves, for which we have given them full content, and are in great league with them, they sent us word there was a ship near unto them, but thought it to be a Frenchman, and indeed for ourselves, we expected not a friend so soon.  But when we perceived that she made for our bay, the governor commanded a great piece to be shot off, to call home such as were abroad at work; whereupon every man, yea, boy that could handle a gun were ready, with full resolution, that if she were an enemy, we would stand in our just defense, not fearing them, but God provided better for us than we supposed; these came all in health unto us, not any being sick by the way (otherwise than seasickness) and so continue at this time, by the blessing of God, the goodwife Ford was delivered of a son the first night she landed, and both of them are very well.  When it pleaseth God, we are settled and fitted for the fishing business, and other trading, I doubt not but by the blessing of God, the gain will give content to all; in the mean time, that we have gotten we have sent by this ship, and though it be not much, yet it will witness for us, that we have not been idle, considering the smallness of our number all this summer.  We hope the merchants will accept of it, and be encouraged to furnish us with things needful for further employment, which will also encourage us to put forth ourselves to the uttermost.  Now because I expect your coming unto us with other of our friends, whose company we much desire, I thought good to advertise you of a few things needful; be careful to have a very good bread-room to put your biscuits in, let your cask for beer and water be iron-bound for the first tire if not more; let not your meat be dry-salted, none can better do it than the sailors; let your meal be so hard trod in your cask that you shall need an adz or hatchet to work it out with: trust not too much on us for corn at this time, for by reason of this last company that came, depending wholly upon us, we shall have little enough till harvest; be careful to come by some of your meal to spend by the way, it will much refresh you, build your cabins as open as you can, and bring good store of clothes, and bedding with you; bring every man a musket or fowling-piece, let your piece be long in the barrel, and fear not the weight of it, for most of our shooting is from stands; bring juice of lemons, and take it fasting, it is of good use; for hot waters, aniseed water is the best, but use it sparingly: if you bring anything for comfort in the country, butter or sallet oil, or both is very good; our Indian corn even the coarsest, maketh as pleasant meat as rice, therefore spare that unless to spend by the way; bring paper, and linseed oil for your windows, with cotton yarn for your lamps; let your shot be most for big fowls, and bring store of powder and shot: I forbear further to write for the present, hoping to see you by the next return, so I take my leave, commending you to the Lord for a safe conduct unto us.  Resting in Him 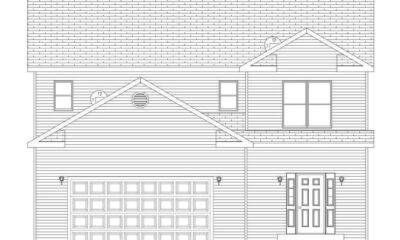 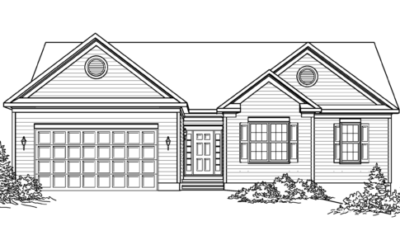 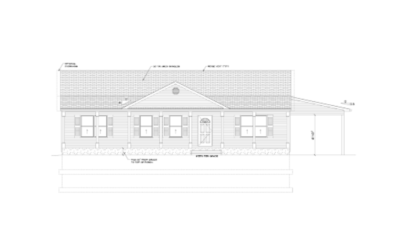 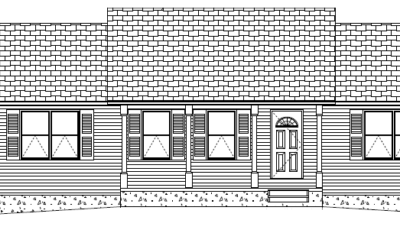